HomeNewsUdhayanidhi paid homage to Vivek, at the shooting spot
News

Udhayanidhi paid homage to Vivek, at the shooting spot 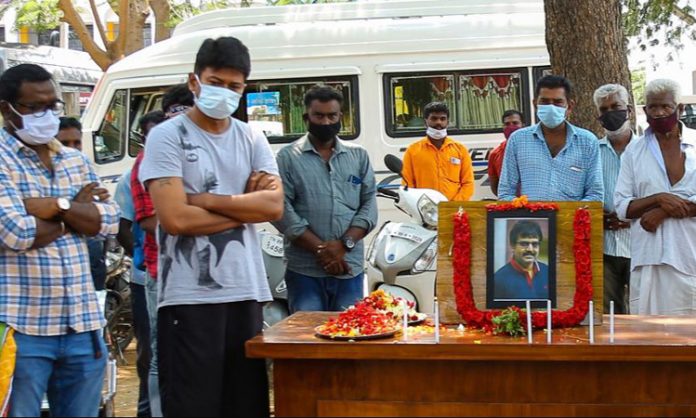 The actor, producer Udhayanidhi Stalin, paid homage at the shooting spot, to actor Vivek, who had left for his heavenly abode on Last Saturday.

Udhayanidhi is playing the lead role in the Tamil remake of the Hindi crime thriller, ‘Article 15’, released in June 2019. ‘Article 15’ was co-written, co-produced and directed by Anubhav Sinha, with Ayushmann Khurrana, Nassar, Manoj Pahwa and many other popular actors in key roles. The movie talked about the justice denied to the economically and caste wise backward citizens, many times.

The movie was highly appreciated by critics, winning 10 awards, and was nominated for 11 other awards. Also, the movie was a box office super hit and the remake right of the movie for the South Indian languages was obtained by Boney Kapoor. And the Tamil remake is directed by Arunraja Kamaraj and Udhayanidhi Stalin is reprising the role played by Ayushmann Khurrana.

The shoots of the movie had started 10 days before Udhayanidhi joined the team at Pollachi on Monday. The actor along with the team, before starting the shoot for the day, paid homage to the great actor Vivek, with his garlanded photo in the sets. The officials of the ‘Red Giant Movies’, were also present at the moment with Udhayanidhi.