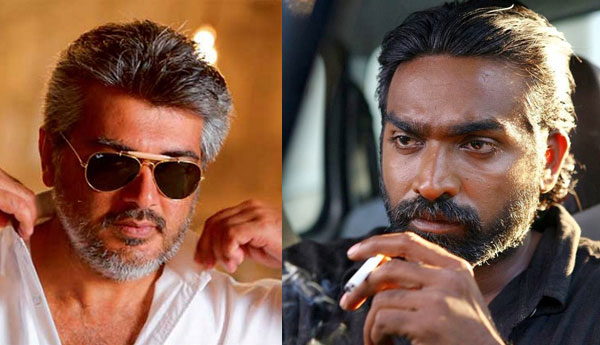 The next film of Ajith is produced by Sathya Jyothi films and being directed by Shiva, who directed Vethalam. The heroin and other artists selections are going on.

Actor Karunagaran is playing an important role in this movie. And young versatile actor Vijay Sethupathi is doing the villain role. Vijay Sethupathi’s role is expected to be a powerful one.

The shoot was to start from June 9th, but due to various reasons its postponed to July. The combination of Thala Ajith and actor Vijay Sethupathi, who is in his peaks, is going to be really a treat to Thala Fans.