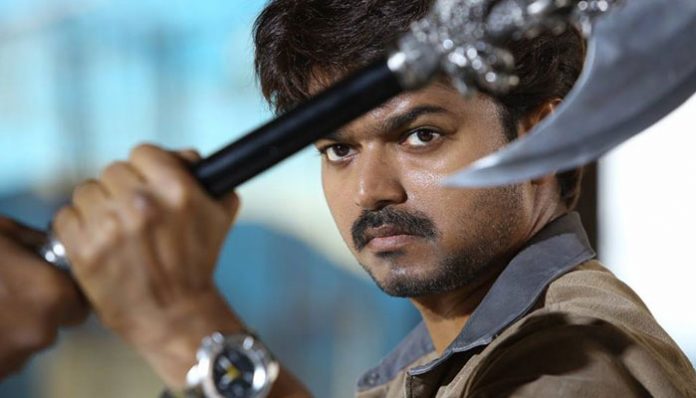 Vijay’s 60th movie Bairavaa is not yet released but the talks about Vijay 61 has started. Already there was a buzz that Vijay’s Theri director Atlee will be directing this Vijay61, which is to be produced by the Thenandal Films. It was also said that the well known script writer S S Rajamouli will work on Vijay 61’s script. His previous movies Bahubali and Bajrangi Bhaijaan were big hits.

Now there is a news circulating that Kajal Agarwal may pair up with Vijay for this film, she has already worked with Vijay in the blockbusters Thuppaki and Jilla. If her presence in Vijay 61 is confirmed she will be acting with two mass heroes at a time, as she is playing as Ajith’s pair in Thala57. Also she has got committed in Vikram’s next Garuda. Moreover A R Rahman may compose the music tracks for Vijay 61. Usually Atlee’s movies will have G V Prakash’s music, but currently he is busy in acting also Thenandal film’s 100 film has A R Rahman for music, so this Vijay 61 in their production will most likely have A R Rahman.

Till now nothing about this movie is made official. So its expected that the official announcement about Vijay 61 will hit our ears by the end of this year and the shoot will commence in February 2017.