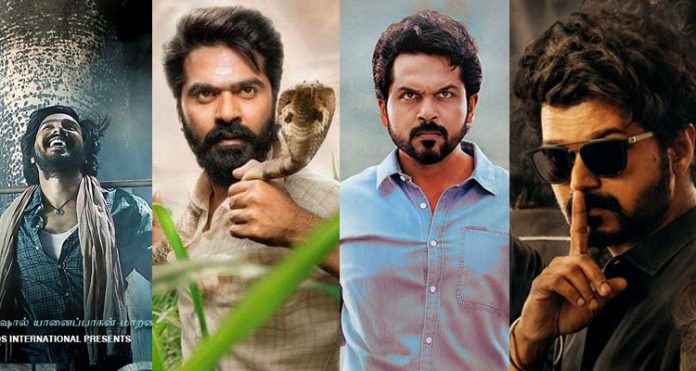 Even though the Cinemas are opened in many parts of the country from the 15th of this month, after a long break, on the green signal of the central government with strict SOP, some states like Tamil Nadu and Kerala have not yet decided.

Though the Theatre owners are constantly urging the State Governments to lift the ban to restore the livelihood of the theatre employees, the Authorities are advising to wait till the situations get some more safe.

As the Governments have already given green signal for film production works with the restrictions, movies are getting piled up for release. Many producers started releasing theirs in the OTT platforms, where as some big productions are firm in their decision to make a theatrical release.

Vijai’s ‘Master’ and Karthi’s ‘Sulthan’ were already in the list, along with STR’s movie with Suseentiran, ‘Eeswaran’, for theatrical release on Pongal. Now Prabu Solomon’s ‘Kaadan’ joins this list. The drama, ‘Kaadan’ is written and directed by Prabu Solomon, starring Rana Dagubati, Vishnu Vishal and many others.

‘Kaadan’ is said to be based on Elephant abuse and is made in Tamil, Telugu and Hindi with some changes in the cast. The audience can have variety ‘Pongal’, provided the pandemic comes under control before that.