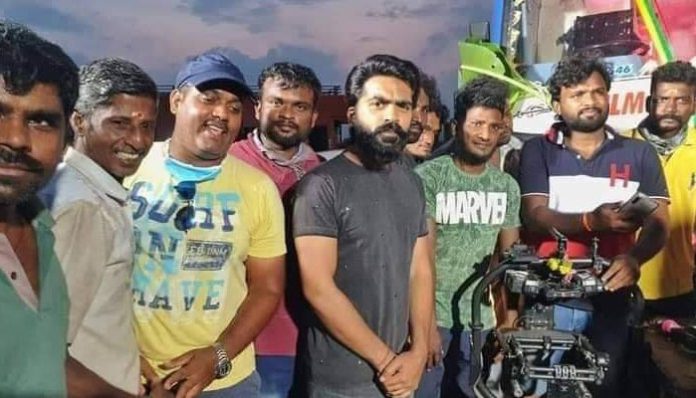 We got the news in the first week of this month that Simbu is joining hands with Director Suseenthiran in Simbu’s new venture and shoot of the rural entertainer has started in places around Dindugal.

Reliable news says that the Nidhi Agerwal is doing the lead role with Simbu. Thirunavukarasu is doing the Cinematography and Composer Thaman is scoring the music.

Simbu is all set for the new village entertainer and it is said that he has shed lot of Kgs for a new slim look. Also his fans have sighted him in Madurai Meenkshiyamman Temple and in Thiruppathi, taking blessings before he starts his shoot for the new movie.

The latest news is that popular actress Nandita Swetha is going to do the role of Simbu’s younger sister in the movie. Nindita has already appeared in more than 20 movies in Tamil, Telugu and Kannada languages including ‘Attakathi’, ‘Ethir Neechal’, ‘Mundaasupatti’ and ‘Ulkuthu’. Her resent movies ‘Tana’ and ‘Kalki were received well and her role was appreciated as impressive.