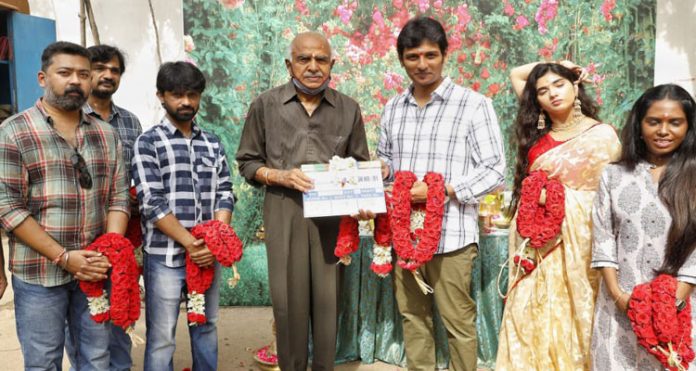 Tamil actor Jiiva is the youngest son of the noted South Indian Film Producer R B Choudary of Super Good Films. Jiiva made his debut lead role in 2003 in the Tamil movie, ‘Aasai Aasaiyai’, directed by Ravi Mariya and it was his father’s 50th production.

Jiiva’s talent was brought out after a couple of years in ‘Raam’, written, directed and produced by Director Ameer, which fetched Jiiva an Award in the Cypress International Film Festival making him the second Tamil actor to receive the Award after the Legend Shivaji Ganesan.

Jiiva had acted in more than 30 movies and the last movie, he acted in his father’s production was, ‘Rowthiram’ in 2011. After that he acted in many remarkable movies like, ‘E’, ‘Katradhu Tamizh’, ‘Ko’, ‘Nanban’ and Endrendrum Punnagai. His last release, ‘Gypsy’ was appreciated by the critics as, ‘a laudable flick’.

While his next movie, ‘Kalathil Santhippom’, in which Arulnithi doing one of the leads with Jiiva, is ready and planned for theatre release on Deepavali. Now, Jiiva joins his father’s production for a romantic drama in which, Kashmira Pardeshi and Pragya Nagra are doing the lead roles with Jiiva. Santhosh Rajan who was an assistant to Director Sasi is going to direct this movie.

It is also said that the shoot of the movie has just started.