Namitha continues the connectivity with the Industry in a new Role! 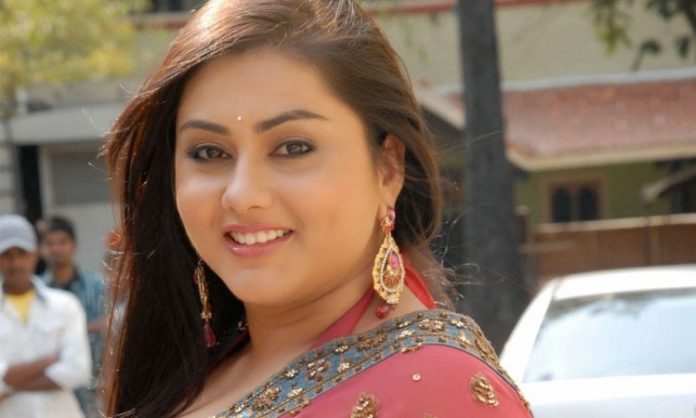 Namitha Mukesh Venkawala, became more popular after she started acting in Telugu and Tamil movies from 2002. The pretty, tall, Glamour Queen was the dream girl of the Tamil and Telugu audience for almost one decade

After 2010, she started losing the movie chances and began concentrating in TV programs. She planned for a comeback in 2016 and two of her movies released that year, ‘Ilamai Oojal’ with Namitha in the lead role and ‘Pulimurugan’ with her in a supporting role with Mohanlal.

In November last year, she joined the Bharathiya Janatha Party and she is appointed as one of the Tamil Nadu State Executive Members of the BJP, this July. It seems that she doesn’t want to lose her association with the Film Industry and she is taking the role of the Producer in the upcoming movie directed by R L Ravi and Mathew Scaria. Still she wishes to produce more movies in the future, and this actress is in search for young talented director with fresh and innovative scripts.