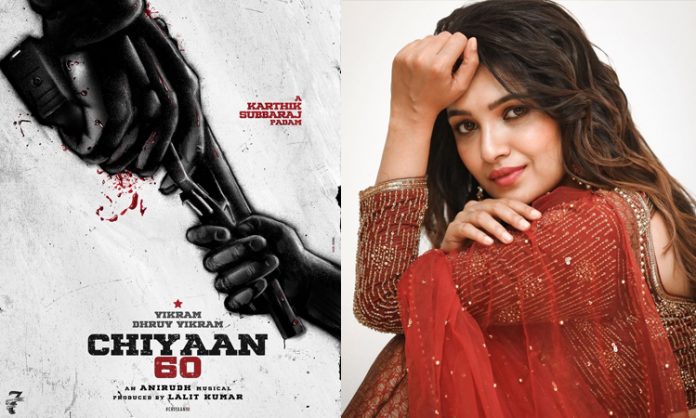 Actress Vani Bhojan is playing the lead role in the new movie of Vikram, ‘Chiyaan 60’, directed by Karthick Subbaraj.

After Raj Kamal Films’ ‘Kadaram Kondan’, released in July 2019, Vikram is busy with the action thriller, ‘Cobra’, directed by R Ajay Gnanamuthu. Also Vikram is playing one of the leads in Mani Ratnam’s Mega production, ‘Ponniyin Selvan’, which started filming in December 2019 after many changes in the cast and crew. The movie resumed after pandemic and is expected to be released in 2022.

After these two movies, Vikram is to join with Karthick Subbaraj for the untitled movie, called ‘Chiyaan 60’ and will be produced by Lalith Kumar, who produced ‘Cobra’. It is said that Vikram’s son Dhruv Vikram is costarring with his dad, for the first time in this movie.

The preparatory works of the movie has started long back and the latest update is, Vani Bhojan is playing the female lead of the movie. Also Anirudh is the music director and soon it will be announced officially.

The shoots are planned in a single stretch for 75 days, with only a single and small break in between. And ‘Chiyaan 60’ is said to be released before the year end.