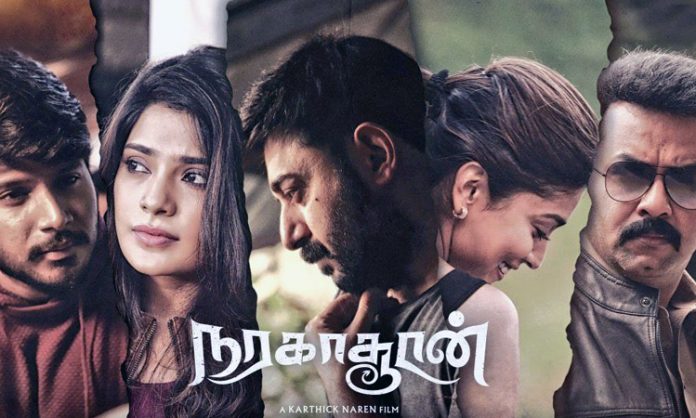 All the financial constraints of the Tamil movie, ‘Naragasooran’, are sorted out and the announcement regarding the movie’s release is expected soon.

‘Naragasooran’ is the upcoming movie of Karthick Naren, starring Arvind Swamy, Indrajith Sukumaran and many others. The project was announced in February 2017 and Gautham Menon was the co producer of the movie with Karthick Naren and Badri Kasthuri. The shooting wrapped by November 2017 and the release was announced for May 2018.

Before the release, the financial issues and dispute between Karthick Naren and Gautham Menon started and Menon withdrew from the project. There started the delay in the movie release and followed by many other issues, including the pandemic.

All the financial constraints were sorted out, but Karthick Naren became busy in his another upcoming movie, with Dhanush and Malavika Mohanan. The first schedule of the movie is completed and the next is expected to start after Dhanush returns from abroad after completing his Hollywood movie, ‘The Gray Man’.

Presently, the release of the movie, ‘Nenjam Marappathillai’ of Dhanush’s brother Selvaraghavan, with SJ Surya, is announced for 5th March and ‘Naragasooran’ is expected to be released only after that.