Trisha dander up for dog thrown off roof 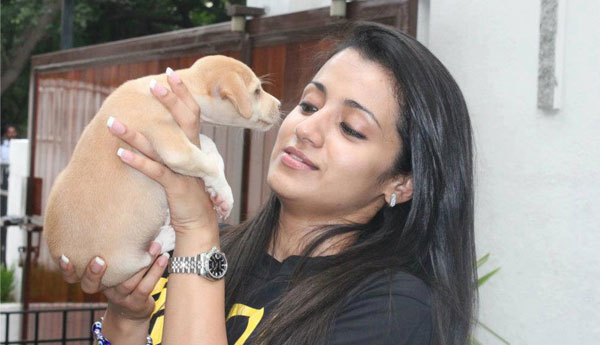 Actress Trisha who always shows concern on street dogs has now raised voice against persecution of a dog by two boys.

Recently a video was spread in social networks, in which a youngster throws off a dog from roof and watching the dog suffer. Two boys were involved in this, who are the final year medical students of a Private Medical College near Kunrathur.

The dog is now rescued by the Animal Welfare Volunteers are they are taking care of that dog. Regarding this the actress has tweeted that, she is thankful to the real heroes Shravan, Jenifer and Antony, who have saved the dog. She also added that, she hopes the medical license of the two boys who did this cruelty will be banned.