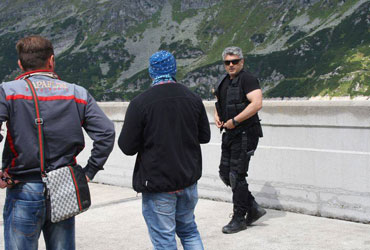 Thala 57, the most anticipated movie of recent days is getting its title. Director Siruthai Siva is joining with Ajith for the third time. Kajal Aggarwal and Akshara Hassan are playing the female leads. Karunakaran and Appukutty are also having important roles.

The entire team of Thala 57 is shooting in Europe, most of the movie is to be made there. Ajith is playing as a FBI officer in this movie. Recently it was revealed that the movie is titled as Dhuruvan, but the team has denied this. Also some sources say that the titles ‘Poiyum Meiyum’ and ‘Pottinu Vanthutta’ are also under consideration. For the official confirmation of this we will have to hold back till Deepavli, as the first look and title are planned to be revealed by the team on this special day.