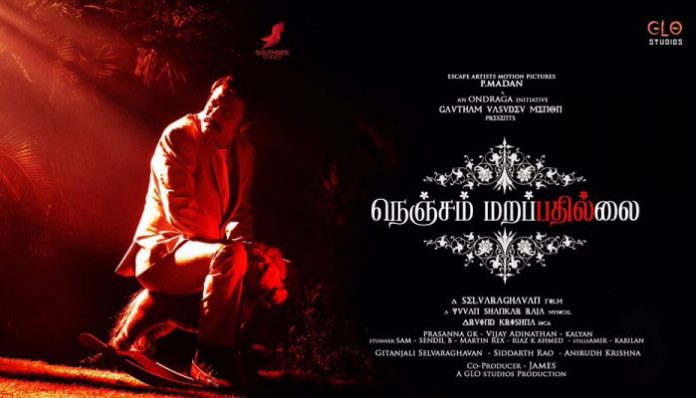 Nenjam Marappathillai is the upcoming movie which has three directors in the team. In Selvaraghavan’s direction S J Surya is acting in the lead role and Gautham Menon is producing this. This movie is featured as a psychological thriller, the shoot of the movie is over and the post production works are going on.

Recently the official teaser of the movie was released, watching the teaser its know that this is going to be a different thriller movie. The soundtrack of the movie will be released by the second week of November and the team has announced that the movie will hit the screens on December. Nejam Marappathillai has Regina Caddandra and Nandita Sewtha as the female leads, also its said that Hiphop Rathina is doing a significant role for this movie. Yuvan Shankar Raja has composed the soundtracks.