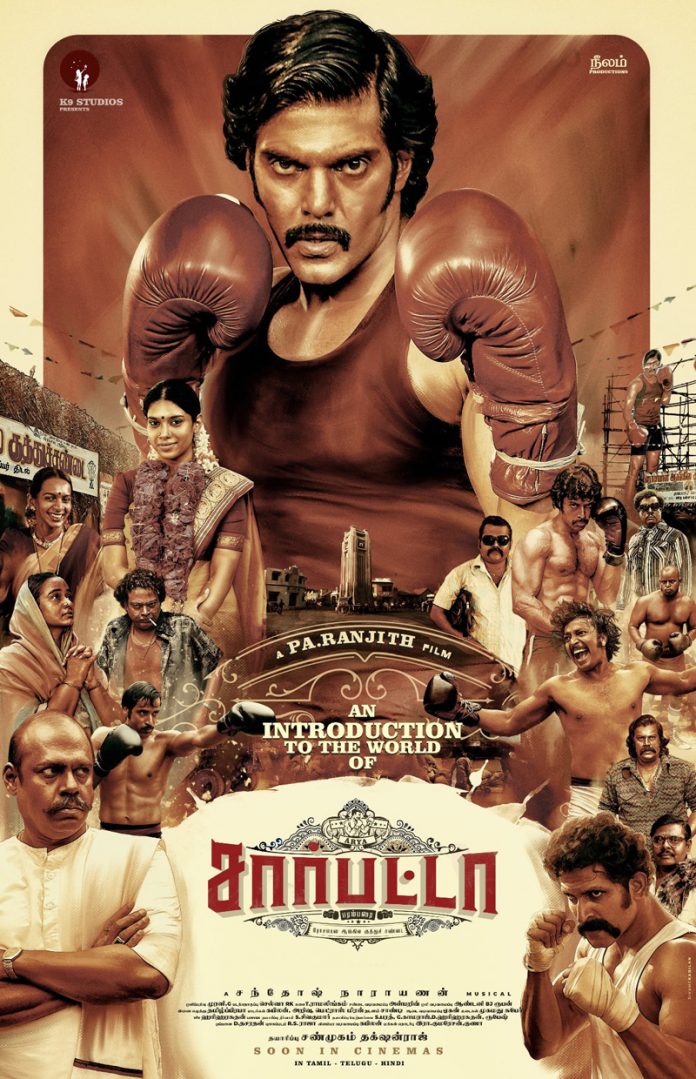 ‘Sarpatta Parambarai’ is the upcoming movie of Arya, directed and coproduced by Pa Ranjith, along with Shanmugam Dhakshanraj, under the banners, ‘Neelam Productions’ and ‘K9 Studios’.

Santhosh Narayanan is contributing the music for the movie and Murali G is handling the camera. Editor RK Selva is also in the crew of the movie. Along with Arya, Pasupathy, Dushara Vijayan, Anupama Kumar, Sanchana Natarajan, Kalayarasan, John Vijay, Kaali Venkat and many others have played key roles in the movie.

The movie is centered on the boxing competitions held at North Chennai in the eighties, and most of the actors, including Arya, have undergone rigorous training before taking part in the shoots.

The first look of the movie was released at the beginning of December 2020 and the official trailer was released after 10 days. Presently, the shoots are complete and the movie is in the post production and getting ready for release. And the director has released a video now, showing the character details of the actors, including their character names, and how they got trained before the commencement of the shoots.

The video is intriguing and being shared by the fans with lot of enthusiasm.