HomeNewsSuriya is joining with AR Murugadoss for a world class film?
News 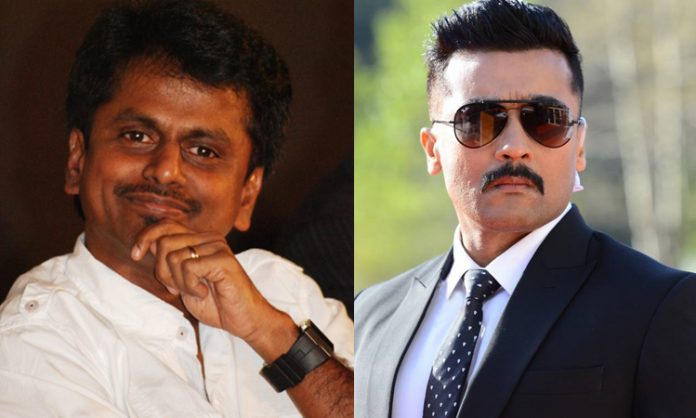 The first outing of director AR Murugadoss and actor Suriya was ‘Ghajini’, released in December 2005. It received very positive reviews and was the third highest grossing film of the year. Also it won 13 awards; including 4 Film fare Awards south. And the next film they joined together was ‘’7aum Arivu’, released in 2011 and was selected by the South Indian Film Chamber of Commerce for Oscar submission.

The next year, the directed joined with Vijay in ‘Thuppakki’ and for ‘Kaththi’ after a couple of years. Further Murugadoss directed movies with Vijay and Rajinikanth and also some Hindi and Telugu movies. But his joining with Suriya, did not happen for last 10 years.

At this instance, it is said that AR Murugadoss’s next movie would be a grand product and that may the project with actor Suriya again. It is also said that it would be an International project, produced by the ‘Disney Pictures’ and a world class animated live action movie.

Suriya is working with director Pandiraj at present and going to join with Vetrimaaran for ‘Vaadivasal’ after that. And it is said that Suriya will be joining AR Murugadoss, only after the completion of ‘Vaadivasal’.