Tamil remake of ‘Andhadhun’, on floors with director Thiagarajan 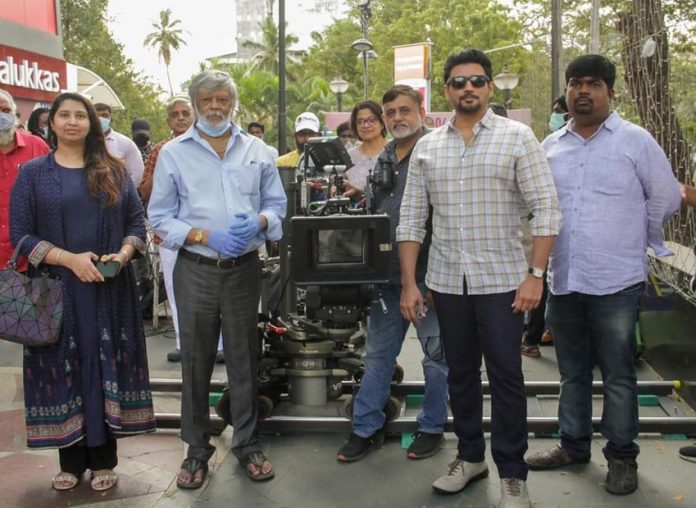 ‘Andhagan’, the Tamil remake of the 2018 National Award winning Hindi movie, ‘Andhadhun’, was on the floor from 10th March and Thiagarajan is directing the movie.

‘Andhadhun’, co written and directed by Sriram Raghavan, starring Tabu, Ayushmann Khurrana and Radhika Apte, was released in October 2018 to highly positive reviews. And it bagged over 20 awards including three National Film Awards. Following the grand success of the movie, the Tamil remake rights of the movie was bought by actor, film maker Thiagarajan.

The project was announced with his son, actor Prashanth reprising the role of Ayushmann Khurrana and Simran, essaying the key role played by Tabu in the original.

The preparatory works of the movie was going on and Director KS Ravikumar, Urvashi,Manobala, Leela Samson and Vanitha Vijayakumar are playing key characters. Composer Shanthosh Narayanan was in the crew and Director JJ Fredrick, who directed ‘Ponmagal Vandhal’, was announced as directing the remake.

The movie was on floors on Wednesday and as per the announcement of the team, Thiagarajan is directing the movie. JJ Fredrick has opted out from the project and has announced it on 10th, in his tweet, wishing good luck to the team.

The reason for the change is unknown and Composer Shanthosh Narayanan also seems to have left.