Suspense thriller of Srikanth and Srushti Dange: started with the Pooja 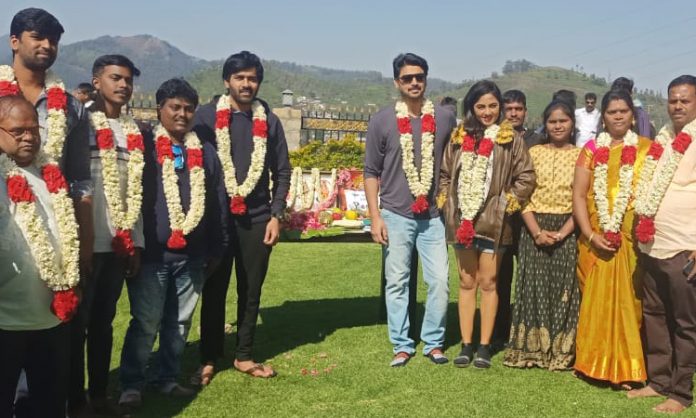 Actor Srikanth, who debuted with ‘Roja Kootam’ in 2002, established himself as a talented actor with ‘Parthiban Kanavu’ in 2003. His movie, ‘Poo’ with Parvathy Thiruvothu, in 2008, won many awards and Shankar’s ‘Nanban’ of 2012, in which he costarred with Vijay and Jiiva, was a great success.

Though he had movies every year, nothing could add to his fame and elevate his carrier. But it seems his persistence is paying now and Srikanth is getting offers from popular directors, one after the other. His action thriller ‘Mirugaa’ with Raai Lakshmi and directed by Parthiban J is just released on Friday and his three more movies are in the filming stage.

And Srikanth is committed for another new movie, which is a suspense thriller directed by Mani Bharathi. The Pooja ceremony for the new movie was conducted at Chennai, on last Thursday. The movie is produced by V Vijayakumar under his banner ‘Shreenithi Productions’ and Srushti Dange is pairing Srikanth.

The shoots have started already at Ooty and the title of the movie will be announced soon.