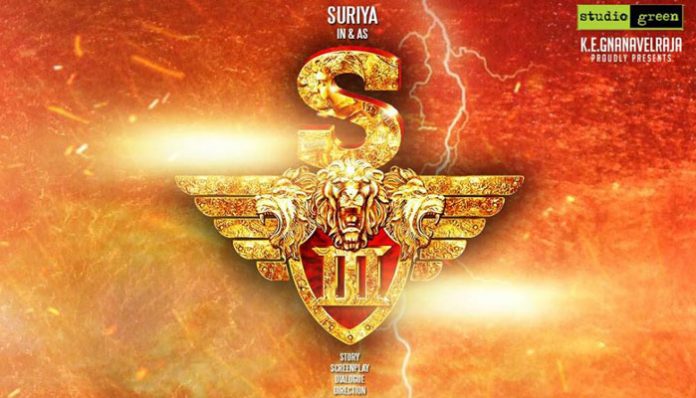 After the science fiction 24, Surya is doing the third sequel of Singam. Recently the S3 team has announced the release date of the movie. S3 stars Surya with Anushka and Shruti Haasan. Veteran actress Radhika Sharathkumar is doing the mother role of Shruti Haasan. Soori and Robo Shankar are there for comedy. Singer Krish, Nithin sathya and Thakur Anoop Singh are doing important roles.

Almost the same crew of Singam is involved in Singam 3, Hari’s direction, Priyan’s cinematography and V T Vijayan’s editing. Devi Sri Prasad is replaced by Harris Jayaraj for music. K E Gnanavel Raja is producing the movie under the Studio Green banner. Most of the shoot has been done and now its officially announced that the movie will be released on 16th December.

There is also a buzz that Surya is to team up with the young director Vignesh Shivan for his next film.