Surya confirms his next with Vignesh Shivan 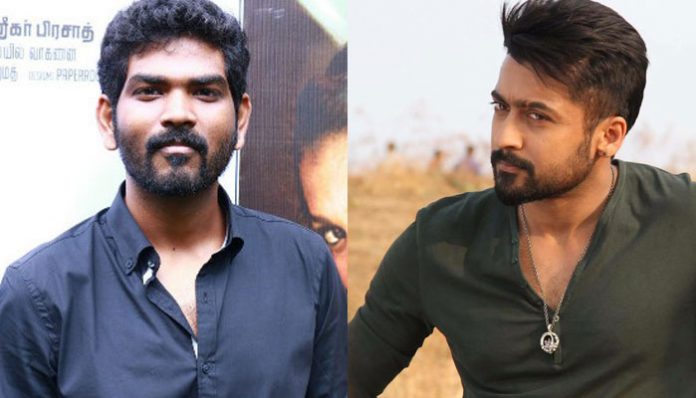 Surya last two releases did not work well in the box office, now it’s a crucial time for Suriya to give a hit in order to withstand the star status in the industry. His most expected film Singam 3 (S3) is to hit the screens for Deepavali.

Since it’s a series of Singam, most of the cast and crew are same. Harish Jeyaraj is doing the music and Sruti Hassan, Raadhika Sarathkumar, Krish, Nithin Sathya, Soori  are the new inclusions to the cast. Gnanavel Raja of Studio Green is producing the movie.

As S3 is to release shortly, this had raised a question that, what will be Surya’s next, which will be his 35th film. A lot of directors were approaching Surya with their scripts including Sundar C, Muthiah. But the Actor has chosen the young and promising director Vignesh Shivan, who made his debut with Poda Podi and reached the hikes with his next release Naanum Rowdy Thaan. Anirudh is to do music for this film and Studio Greens will bankroll it. This was officially confirmed by Surya in twitter, Anirudh also has tweeted about this saying, ‘Happy to join for the first time with Surya and once again with my favorite Vignesh Shivan’.