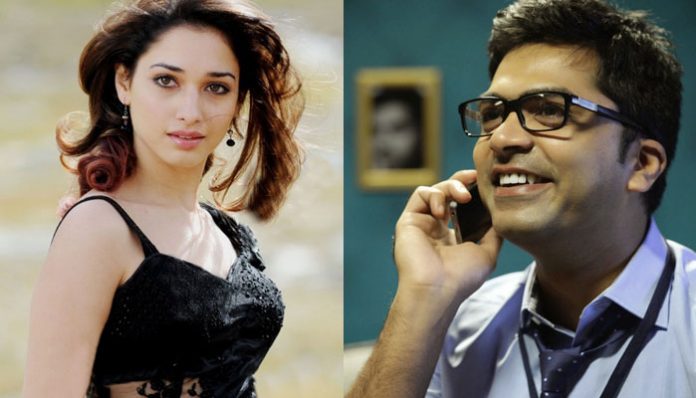 Anbanavan Asaradhavan Adangadhavan starring Simbu and Shriya, now has Tamannaah also in the lead role. This is the second movie for the ‘Trisha Illana Nayanthara’ director Adhik Ravichandran, in which Simbu is doing triple role. Yuvan Shankar Raja is doing the music and Michael Rayappan’s Global Infotainment is producing the film.

The shoot of the movie is going on and the portion of one among the triple role of Simbu with Shriya is done. And now Tamannaah has signed to play the pair of Simbu for another role. Also the team is to rope one more heroine into the project.

Recently Tamannah stared Dharmadurai was released and she got good reviews from the critics for her role. Now she is awaiting the release of the trilingual Devi with Prabu Deva on October 7th and her Deepavali release Kathi Sandai with Vishal.