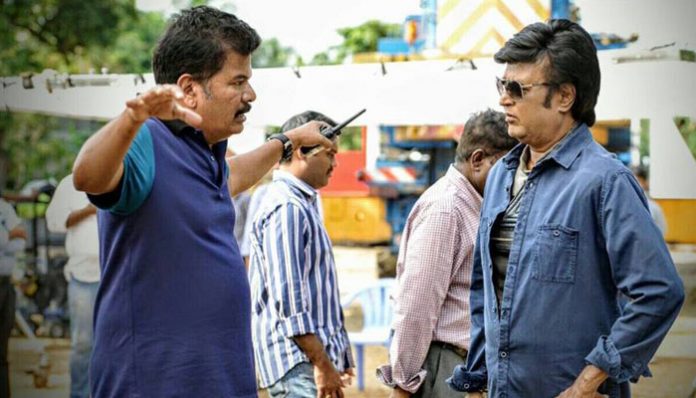 2.0 is the upcoming sequel movie of Enthiran, which was a blockbuster hit of 2010. The shoot of the movie was commenced on 16th December 2015. And the team has completed three schedules of shoot by March. Then the shoot was delayed as Rajinikanth got busy with Kabali also he was on rest for a few months in US. After returning to India also he was in rest for two month.

After this gap the movie has resumed from October. The director of the film, Shankar has taken the social media to reveal this. He has shared a photograph with Rajinikanth in the shooting spot and he has mentioned that 2/3 of the shoot for 2.0 has been completed in 150 days.

When Rajinikanth arrived to the shooting spot at Thirukazhukuntram, there was a huge crowd waiting to watch him. The superstar rejoiced and responds to the entire crowd there. The movie has Akshay Kumar and Amy Jackson in pivotal roles. A R Rahman has done the musical score of the film. The first look is expected to be released at November 2016 and the movie at October 2017.