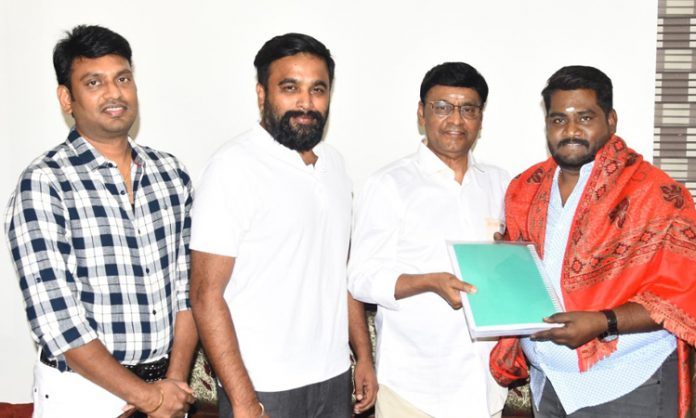 It is announced officially that the remake of ‘Mundhanai Mudichu’ is going to be helmed by director SR Prabhakaran.

Actor, director K Bhagyaraj, who was very popular in the 80s and 90s had written and directed nearly 25 movies in the two decades. Most of his movies were very popular and the topmost was ‘Mundhanai Mudichu’, released in July 1983.

It was the debut Tamil movie of the great actress Urvashi and her superb performance was one of the main reasons for the movie’s grand success. The movie was produced by ‘AVM Productions’ and the fantastic compositions of Ilaiyaraaja, were top hits. It was the first silver jubilee film in many theatres in south and grossed a record sum of 4 crores in 1983, from a budget of 30 lakhs.

The movie is being remade after 27 years, and it was announced in May 2020, that M Sasikumar is playing the lead and Aishwarya Rajesh is reprising the role of Urvashi. K Bhagyaraj is writing the screenplay again and the director was not decided.

Now it is announced that SR Prabhakaran, who directed Sasikumar’s popular movie ‘Sundarapandian’ in 2012, is directing the remake. Prabhakaran has completed directing another Sasikumar’s movie, ‘Kombu Vatcha Singamda’, which is ready for release now.

The remake of ‘Mundhanai Mudichu’ is produced by ‘JSP Studios’ and the rest of the cast and crew selection is on.