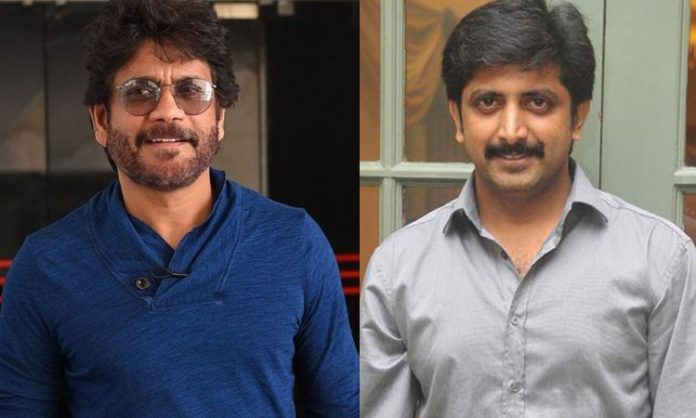 The popular Telugu actor Nagarjuna, who started his film carrier in 1986, has acted in over 95 movies and is getting ready for his 97th movie, directed by Praveen Sattaru.

Though his son, Naga Chaitanya, started doing lead roles more than 11 years back, Nagarjuna is still young and energetic and continuing his carrier with vigor. And he is said to complete his 98th movie by this year and is to start the 99th by the starting of next year. Following that will be his 100th movie, which is planned and programmed already.

The director of the Telugu remake of ‘Lucifer’ with Chiranjeevi, Mohan Raja, is going to direct the 100th movie of Nagarjuna. And this movie is also said to be a multi star movie like ‘Manam’ of 2014 in which Nagarjuna’s father Nageswara Rao, Nagarjuna and Naga Chaitanya, acted together.

Nageswara Rao expired the same year, before the release of ‘Manam’ and in the new movie Nagarjuna is going to act with his both sons, Naga Chaitanya and Akhil Akkineni.

‘Manam’ was produced by the actor’s production house, ‘Annapurana Studios’ in 2013 and 2014 in a big budget of 28 crores. And it is said that, Nagarjuna is going to produce his 100th movie, in a much bigger budget.