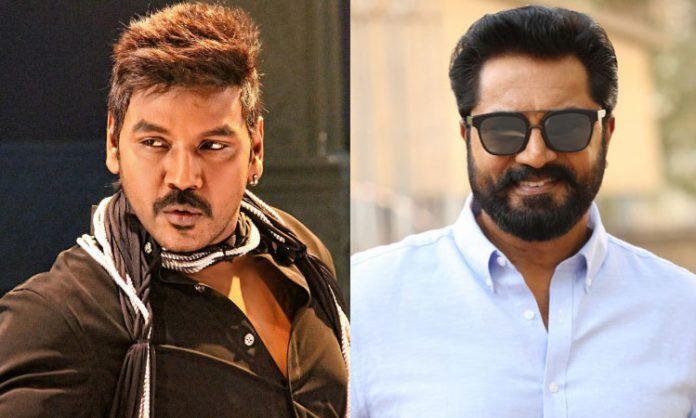 Producer, Five Star Kathiresan, who made the movies like, ’Pollathavan’ and ‘Jigarthanda’, is turning director with ‘Rudhran’, starring Raghava Lawrence. Like the recent movies of Raghava Lawrence, this is also said to be a thriller, and GV Prakash Kumar is scoring the music for the movie.  And Priya Bavani Shankar is playing the female lead.

And it is announced by the producers, that actor Sarathkumar is playing a key role in the movie along with Lawrence. The producers of the movie, ‘Five Star Creations’, have posted a message in their official twitter page, welcoming Sarathkumar to their movie. And the actor also has responded to the message, that he is also eager to take part in ‘Rudhran’.

It is to be noted that the two have acted together in an earlier directorial of Lawrence, ‘Kanchana’, and Sarathkumar had acted as a transgender in the movie and had a great response for that. And this creates great expectations on the movie ‘Rudhran’ and about the role going to be played by Sarathkumar in it.