Sivakarthikeyan’s Remo gets an international release 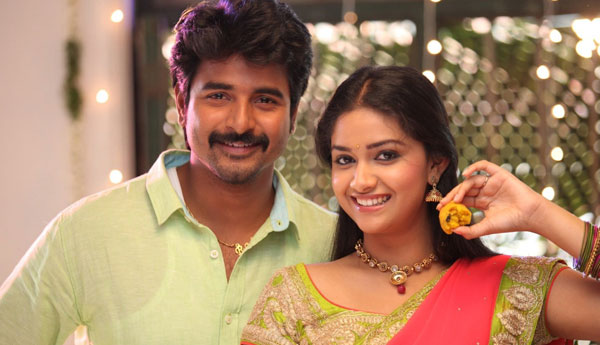 ‘Remo’ stared by Sivakarthikeyan and Keerthy Suresh is in the finishing stage and the post production works are going on. The ‘Remo‘ team had a plan of releasing the first look and theme music of the movie on 9th June. But later it was postponed as the audio launch of Super Stars ‘Kabali’ was fixed on the same date.

‘Remo’ is going to be a romantic entertainer which is produced in a high budget with the best cast and crew. The movie is directed by Bhagyaraj Kannan and produced by 24AM Studios. Cinematography is by P C Sreeram. Sathish and K S Ravikumar are doing important roles.