Varalaxmi in horror film with Vinay 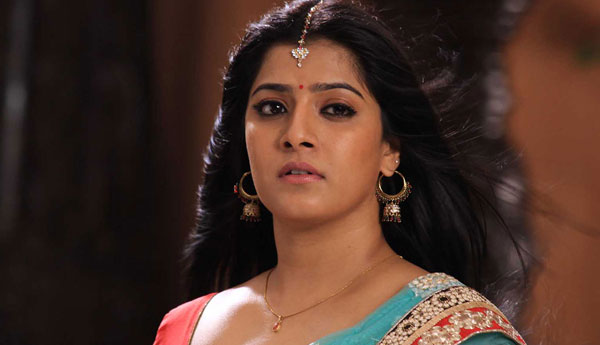 Actress Varalaxmi, daughter of Sarathkumar made her debut in the movie ‘Pooda Poodi’ and has given an outstanding performance as a karakattam dancer in her recent movie ‘Tharai Thappattai’. After that she got a great opportunity to play lead role with the Malayalam Mega Star ‘Mammootty’ in the film ‘Kasaba’. This movie is planned to be released for this Ramzan.

She is also doing a movie with Arun Vidhyananthan, the cast includes Arjun and prasanna. And now she is committed for a movie named ‘Ammayi‘, directed by the debutant Shankar. Vinay is playing as male lead in the movie. Saravanan is handling cinematography, editing by Jaishankar and music by Ilayaraja.

This is going to be a horror film which is based on a real incident. Most of the filming is planned around Chennai and shooting will be over by 4 months.  About this Varalaxmi has shared on twitter that, she is happy to work with the debut director Shankar. Also this is her first horror movie and she is very much exited about this. Actor Vishal was the first to wish Varalaxmi for this movie. And Thank you Mr. Maruthu, replied the actress.