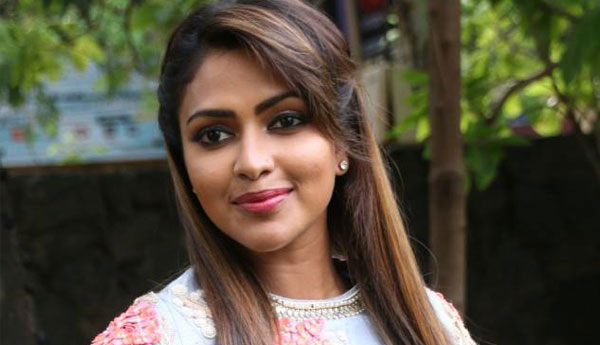 Amala Paul‘s upcoming movie titled as ‘Amma Kanakku‘ which is a remake of the hindi movie ‘Nil Battey Sannata’, is produced by Dhanush under his production company Wunderbar Films. The movie is directed by Ashwiwni Iyer Tiwari, cinematography by Gavemic U Ary and Ilayaraja is scoring the music. The starring also includes Revathi and Samuthirakani.

In this movie Amala Paul is playing the mother role of a 15 year old girl. Her character name is Shanthi, who is a servant-maid struggling to give her daughter a good education. Recently the audio launch of the movie was held in Prasath Lab Studio at Chennai.

There actress Amala Paul gave an interview in which she has said that, this is a special movie in her carrier, as she has got a chance to portray a role totally different from the usual heroine’s role. Also she is proud that she is playing mother of 15 year old girl at the age of 24.

And it was a challenging role to her, she has worked hard to adopt to the role, also she is very emotional in real life so, to portray a very patient woman she has practised yoga. She also added that, getting chance in this movie is itself a National Award to her and she will be happy if she was recognised with a National Award for this film.