Sivakarthikeyan joins the team of ‘Thalapathy 65’ 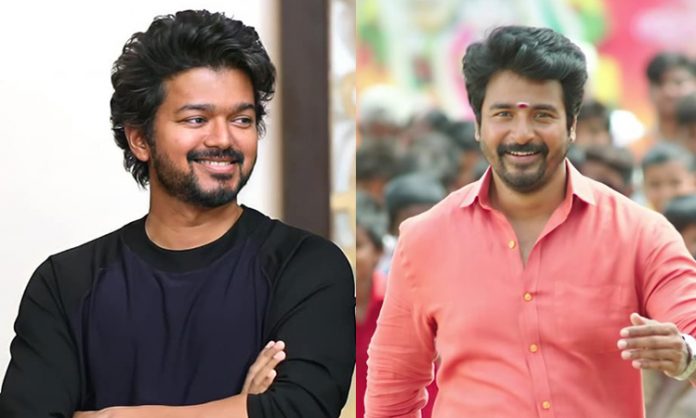 Actor Sivakarthikeyan is joining the team of ‘Thalapathy 65’, directed by Nelson Dilipkumar.

When we heard the news that Sivakarthikeyan is a part of ‘Thalapathy 65’, it made us to feel that he is going to support the film cast, as done by Vijay Sethupathy in ‘Master’. But it is not true and Siva is joining the film crew, by penning the lyrics for Anirudh, with whom Siva had worked last in Nelson’s ‘Doctor’.

Sivakarthikeyan, Nelson Dilipkumar and Anirudh Ravichander have all worked together, recently in ‘Doctor’ and the former had written the lyrics for 2 singles, ‘Chellamma’ and ‘So Baby’, in the movie. Also Siva had penned the lyric for a single, ‘Kalyaana Vayasu’, in Nelson’s debut directorial ‘Kolamavu Kokila’, which was also for composer Anirudh. All the three songs were chartbusters and create expectations for beautiful singles in ‘Thalapathy 65’.

The movie is produced by the ‘Sun Pictures’ and it is confirmed that Manoj Paramahamsa is the cinematographer. Pooja Hegde may play the female lead, which is not yet confirmed.

Cast and crew selection is still on and the official announcements are expected soon.