Shiva and Yogi Babu to join hands in ‘Saloon’! 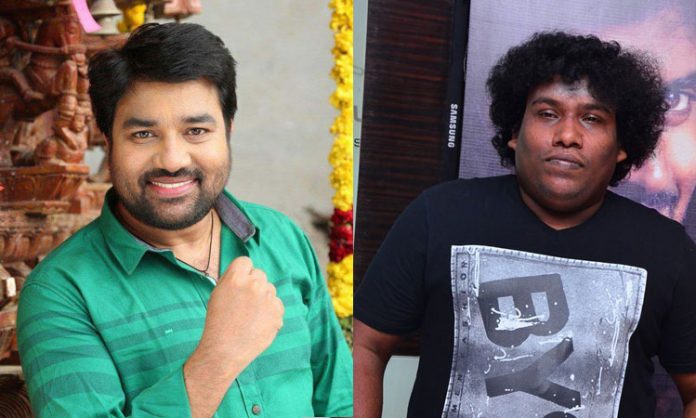 The new movie, starring Shiva and Yogi Babu, written and directed by Muthukumaran, is titled, ‘Saloon’.

‘Dharmaprabhu’, released in the middle of last year, starring Yogi Babu in the lead role, written and directed by Muthukumran, received negative reviews, but was commercially a success. Following the success of ‘Dharmaprabhu’, Muthukumaran started writing the screenplay for his next movie.

The announcement of the new movie of Muthukumaran was made on Saturday, during the festival of Deepavali. The title is announced as ‘Saloon’, starring Shiva in the lead role with Yogi Babu in an important role. The movie will be produced by Inder Kumar, under the banner ‘Redhan Cinemas’ and cinematography will be by Manikandan. The music will be scored by Sam CS, Lyrics by Yugabharathi and San Lokesh is editing the film.

The movie is expected to be on floors after finalizing rest of the cast. By the title of the movie and the poster, it seems the movie is a comedy drama connected with a saloon and with Shiva and Yogi Babu in important roles, we can expect a lot of fun, undoubtedly.