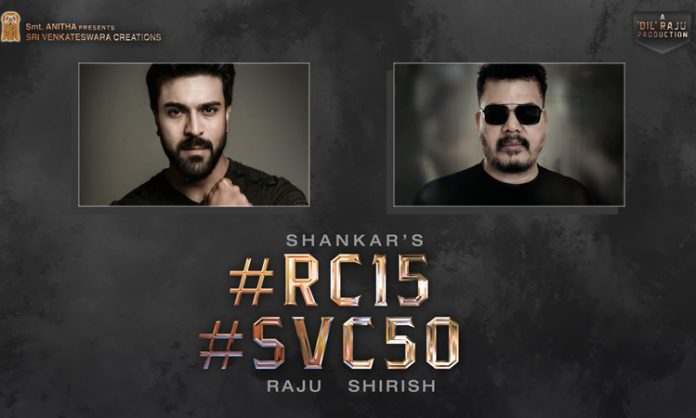 It is officially announced by Sri Venkateswara Creations, Dil Raju, that director Shankar and actor Ram Charan are joining in a new movie, produced by them.

The shoots of Kamal’s ‘Indian 2’, directed by Shankar and produced by the ‘Lyca Productions’, were interrupted due to the accident and the pandemic and could not resume due to various other reasons. It was expected to resume after the Tamil Nadu assembly Elections and meanwhile, the next movie of director Shankar is officially announced.

The new movie is the 50th production of the frontline production company of the Telugu film field, ‘Sri Venkateswara Creations’. And one of the top actors of the Telugu field and son of Chiranjeevi, Ram Charan, is playing the lead of the movie and it marks the 15th movie of the star.

The producers, in their tweet regarding this, have stated that, they are very happy to collaborate with one of the most popular directors of the country, Shankar and with the Mega Powerstar, Ram Charan. And another matter to be proud of is that, it is the 15th movie of Ram Charan and the 50th of SVC.

The details on the takeoff time and the rest of the cast and crew of the movie will be announced soon.