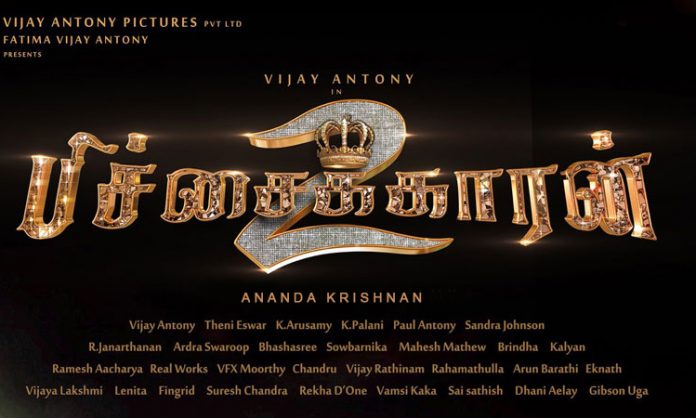 The action thriller produced, starred in the lead role and music composed by Vijay Antony, released in 2016, was ‘Pichaikkaran’. Satna Titus paired Antony and Bagavathi Perumal, Vazhakku En Muthuraman and Deepa Ramanujam, played key roles of the movie. It was written and directed by Sasi, released in Tamil and Telugu simultaneously and was received well by both the audience.

The sequel of the movie was announced, along with the First look, in July 2020. Director Priya Krishnaswamy, who won the National Award for her 2018 film ‘Baaram’, was announced as director of the sequel.

As the story, screenplay and dialogues are already made ready by Vijay Antony, Ananda Krishnan needs to concentrate only on the direction of the movie. Theni Eswar is cranking the camera and Vijay Antony is contributing the music for the movie. And the official announcements regarding these are expected soon.