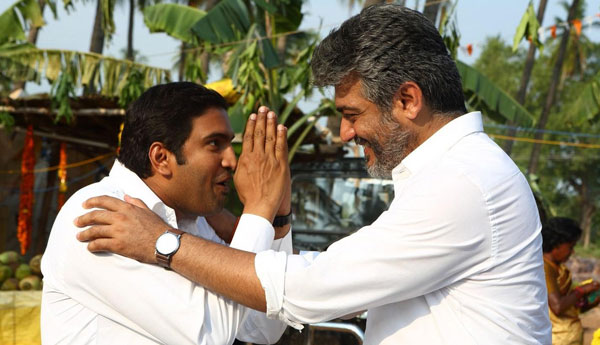 Actor Samthanam has neglected the offer of doing comedy role in Ajith’s Thala 57.

Santhanam started his film career as a comedian in ‘Manmathan’ and got breakthrough in ‘Siva Manasula Shakti’. And during last few years he was at his peaks.

Couple of years back he leaped a step ahead as hero in the movie ‘Vallavanukku Pullum Aayutham’ and last year in ‘Inimae Ippadithaan’. As both the movies went on well, Santhanam started avoiding comedian role with other heroes.

When asked about this Santhanam has stated that, Even Though he can earn more doing comic roles, he is avoiding them as he wants to move ahead.