Samuthirakani joins with S A Chandrasekhar for a new movie 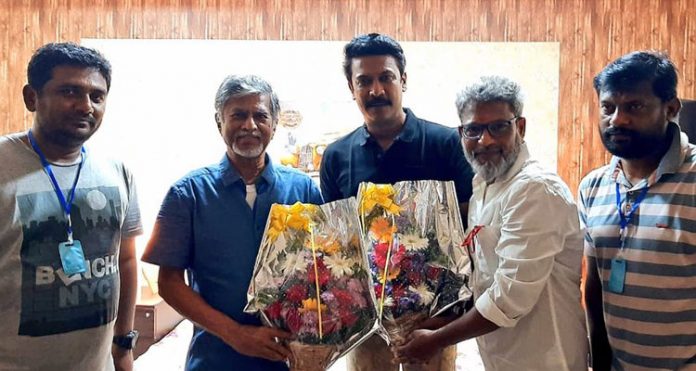 The directors S A Chandrasekhar and Samuthirakani are well known for their social reforming films. Recently there was a talk that both the directors have joined in a National Political Party. When asked about this they have refused it.

Now there is an announcement that Samuthirakani and S A Chandrasekhar are going to work together for a movie. So there are great expectations among their fans that, the movie may be a political action thriller.

The Multitalented Actor director Samuthirakani is going to do the lead role of this new movie in the direction of S A Chandrasekhar. The veteran Director’s last movie was ‘Capmaari’, released in Dec 2019, and he had announced it would be his last directorial venture. It may be due to the negative reviews of ‘Capmaari’, he is doing another one.

Hence, we can expect, definitely, a fine performance of the Director and the Actor.