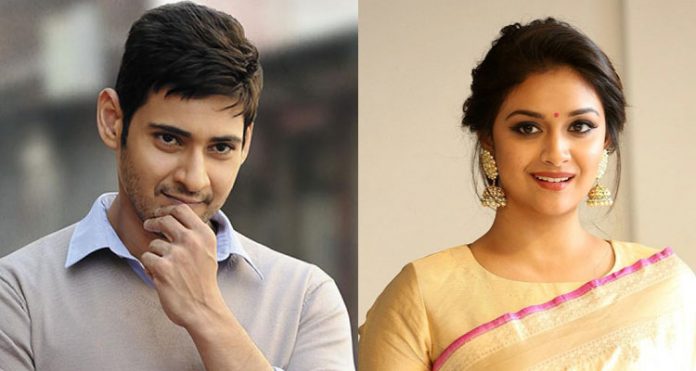 Mahesh Babu, one of the highest paid actors of Telugu Film field, lastly gave two super hit movies ‘Maharshi’ and ‘Sarileru Neekevvaru’, collecting worldwide 175 crores and 260 crores respectively. And the Prince of Tollywood , last week on his father’s 77th birthday, has announced about his next movie, ’Sarkaru Vaari Patta’ with Director Parasuram and to be produced by him, along with Mythiri Movie Makers. It is expected that this movie will give him a Hat trick hit and there was unconfirmed news that the National Award winner, Keerthy Suresh is going to pair with him.

The news was confirmed by the birth day wish which Mahesh Babu sent to Keerthy on her birth day, mentioning additionally, that the ‘Sarkaru Vaari Patta’ team welcomes her. Also Keerthy’s happy response reconfirms the news.