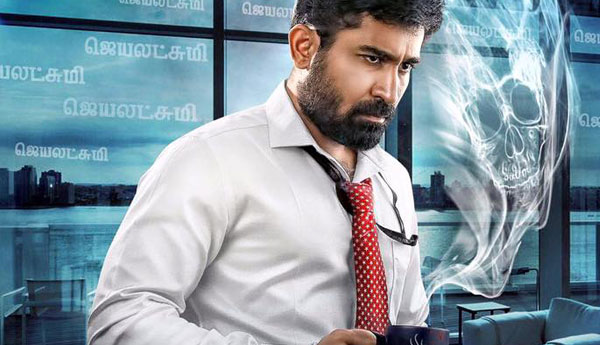 Vijay Antony the music director turned actor has given films which are out of the canon of usual Tamil cinemas, also all his movie titles has created expectations about the film, the same has been repeated in his next film also. The upcoming movie of Vijay Antony is titled as ‘Saithan’, which is featured as a psychological thriller.

Recently the first look poster of the movie was released which has developed curiosity among the audience. Vijay Antony has starred, composed music and also produced the movie. Pradeep Krishnamoorthy has written and directed Saithan. Arunthathi Nair has done the female lead.

The filming is done and the pre production works of the movie is going on. Seeing the success of his previous movie Pichaikkaran in Tamil as well as in Telugu, the team has decided to dub the movie in Telugu and release the movie in Tamil and Telugu on the same day.