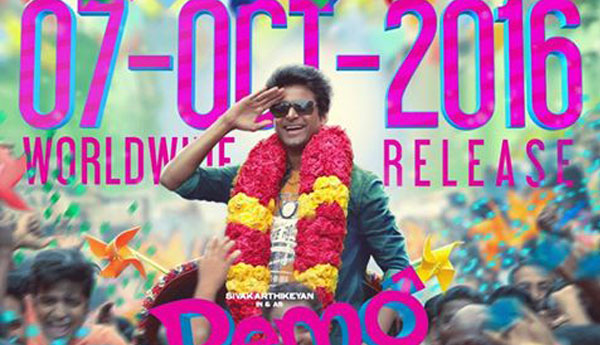 Remo staring Sivakarthikeyan and Keerthy Suresh in the lead role has got its release date. This is the debut movie for the director Bakkiyaraj Kannan. Cinematography is handled by P C Sreeram and music scored by Anirudh, who has already done music the previous films of Sivakarthikeyan Ethirneechal, Maan Karathe and Kakki Sattai. K S Ravikumar and Sathish are doing the important roles.

The shoot of the movie was started months back, in which Sivakarthikeyan is doing three roles as a youngster, an old man and a nurse. Also the Hollywood make-up artist Sean Foot has worked on Siva’s looks. Thus all this factors has increased the expectations about Remo.

The filming is almost in the finishing stage and the team has now officially announced the release date of the movie as 7th October. The first look and a single track of the movie were released on 23rd June.