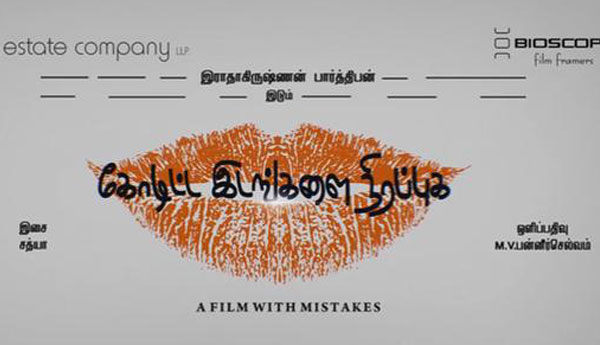 Actor director Parthiban known for his different approach to a film, has now begun a new project and the title of the film was revealed on 15th July. Parthiban is directing the movie also he is doing an important role.

His last directional venture ‘Kathai Thiraikathai Vasanam Iyakkam’ got good reviews and also was a hit in box office. After this movie he has appeared in some supporting roles. His last project was Vignesh Shivan’s ‘Naanum Rowdy Thaan’.

After a small gap he has started his film titled as ‘Koditta Idangalai Nirapuga’, which is based on a real incident. With Parthiban Thambi Ramaiya is casting the movie but the lead roles are not yet confirmed. Sathya is doing the music and Madhan Karky has penned the lyrics. Panneer Selvam has worked on cinematography.

Parthiban is also part of the films ‘Thittam Poattu Thirudura Kootam’ by a debutant Sai Sudarshan and in the Sundar C’s big project which is the 100th movie of Sri Thenandal Films.