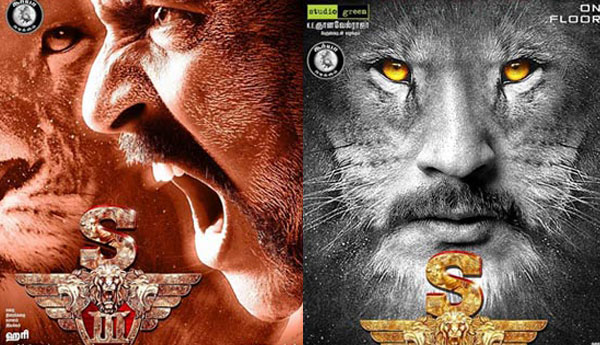 ‘S3’ before known as Singam 3 is the third sequel of the movie Singam, was sold for a very high cost. S3 is directed by Hari and produced by K E Gnanavelraja. Harris Jayaraj is composing the music tracks, Priya handles the scamera and V J Vijayan works on editing.

Suriya is playing the role of a sincere Police officer, Anushka as his love interest and Sruthi Hassan as a journalist in the movie. The cast also includes Radha Ravi, Nassar, Sumithra, Janaki Sabesh, Yuvarani, Raadhika Sarathkumar, Krish and Soori. Currently the shoot of the movie is going on in Visaskapatnam.

Seeing the success of Singam and Singam 2 many distributors were on queue to buy the movie, now the Udhayam Entertainment has bagged the distribution rights of Tamil Nadu at a high cost of 41 crores. Since Karthi’s movie ‘Kashmora’ is to be released for deepavali, so S3 is planned for release in December.