Pugazh with Vijay Sethupathi, in ‘VJS 46’ 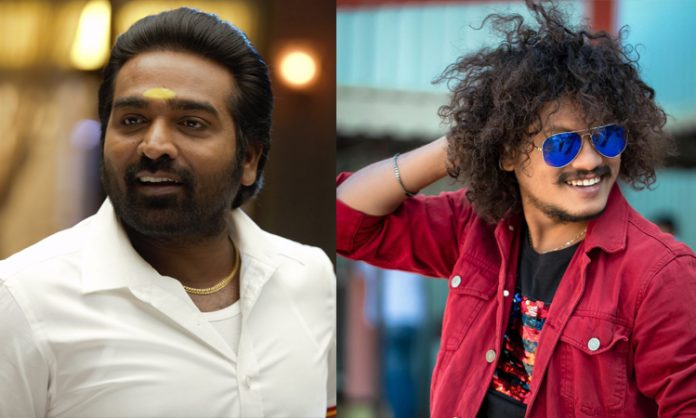 ‘Cook with Comali’ fame Pugazh is acting in a key role in the upcoming movie along with Vijay Sethupathi, under the direction of Ponram.

One of the busiest actors of the South, Vijay Sethupathi, is having back to back films this year and almost 10 of his films are under production and post production. The list includes a Hindi move and one in Malayalam alongside Nithya Menen and Indrajith.

His untitled movie with Ponram is produced by the ‘Sun Pictures’ and is tentatively called ‘VJS 46’. The movie started rolling this month and the shoots are going on near Dindigul at present. And Vijay Sethupathi is said to be playing a cop in the movie.

The latest update is that Pugazh, the actor, standup comedian and mimicry artist of Vijay TV fame, is playing a key role in the movie. Pugazh is presently very popular in Vijay TV and is expected to carve a nick in the silver screen, in line with Santhanam, Jagan, Sivakarthikeyan, and Robo Shankar.

Pugazh is also a part of Santhanam’s ‘Sabapathi’ and the Arun Vijay’s movie by director Hari and the actor is still managing his time and taking part in his TV show, regularly.