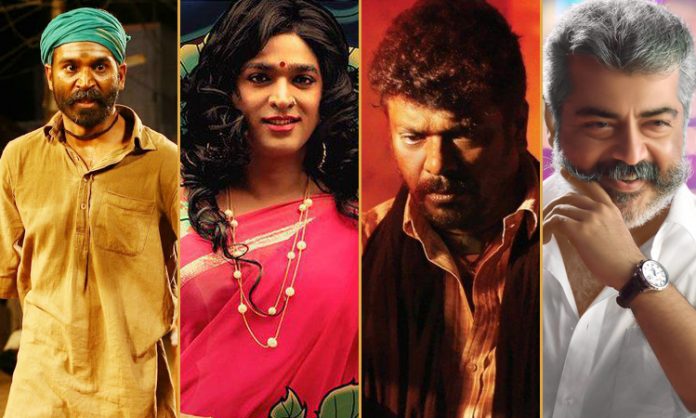 The winners list of the 67th National Film Awards, for the year 2019, was announced on 22nd March, Monday. The Best feature Film Award is won by the Malayalm film, ‘Marakkar’ and the Award for the Best Actor Female is gathered by Kangana Ranaut while the Award for Male is shared by Manoj Bajpayee and Dhanush.

The Award ceremony, which should have been conducted in May 2020, was delayed for almost a year due to the pandemic. The function is organized at Delhi, by the Directorate of Film Festivals, under the Information and Broadcasting Ministry.

The young actor Dhanush has added fame to the Tamil film field, once again after ‘Aadukalm’, by his performance in ‘Asuran’, and the movie bagged the award for the Best Tamil Feature Film. Versatile actor Vijay Sethupathi has won the Best Supporting Actor Award for his performance in ‘Super Deluxe’ and the boy Nagavishal garnered the Best Child Artist Award as Kutty in ‘Karuppu Durai’.

Malayalam films ‘Marakkar’ and ‘Helen’ won many awards and the Telugu films, ‘Maharishi’ and ‘Jersey’ have won multiple awards.