‘Saani Kaayidham’, started with the Pooja 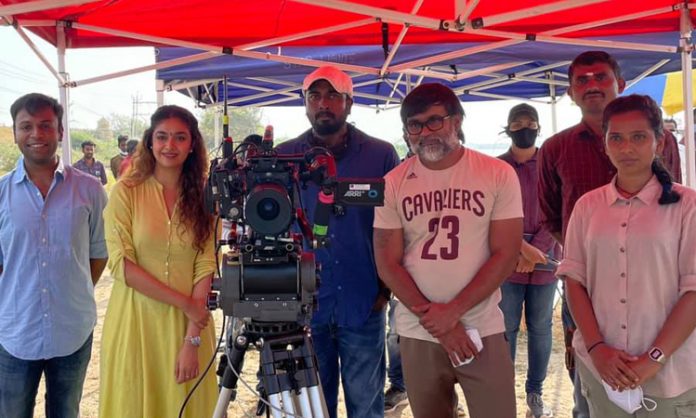 The siblings Selvaraghavan and Dhanush are committed for the new movie, ‘Naane Varuven’, produced by S Thanu. The cast and crew selection of the movie is going on at present and Dhanush is out of the country, on the shoots of his Hollywood movie, ‘The Gray Man’. After he returns from abroad, Dhanush is expected to join Karthick Naren first, for the untitled movie in their collaboration. After the completion of that only, Dhanush is joining with his brother for ‘Naane Varuven’.

Before he starts the movie with Dhanush, Selvaraghavan is going to participate in ‘Saani Kaayidham’, directed by Arun Matheshwaran. This is the first movie of Selvaraghavan as an actor and Keerthy Suresh is playing the female lead. And Yuvan Shankar Raja is scoring the background and composing the songs for the movie.

The first look of the movie was published on 15th November 2020 and the shoots have begun along with the Pooja, on 26th March. The movie is produced by ‘Screen Scene Media Entertainment’ and planned to be shot in a single schedule.