Prakash Raj, Vishal and Arya – Who is the ‘Enemy’? 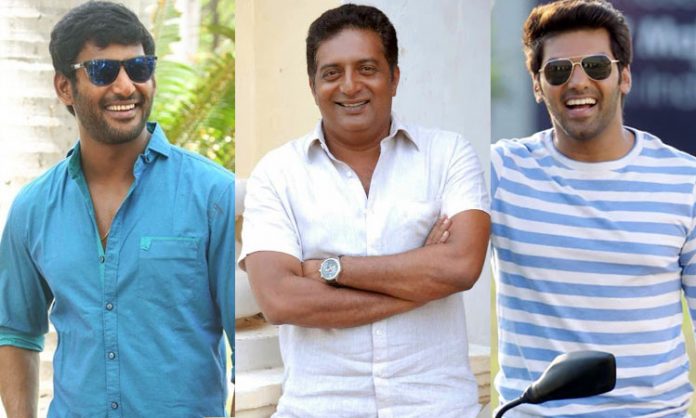 In mid October, the ‘Mini Studios’ announced the start of their new movie with the friends, Vishal and Arya under the direction of Anand Shankar. The movie is named ‘Enemy’ and Thaman is scoring the music of the film. RD Rajasekhar is the cinematographer and Raymond Derrick Crasta is brought in for editing the film.

The latest update on the movie is that actor Prakash Raj has joined the cast and going to work with the team for the first two weeks of December. The news is confirmed by the director who is excited to have the versatile actor on board.

He gave some updates on the movie’s next schedules that they are going to have more of shooting at Ooty, after the present schedule in Chennai. He also mentioned that it is interesting to have the friends, Vishal and Arya, to play against each other.