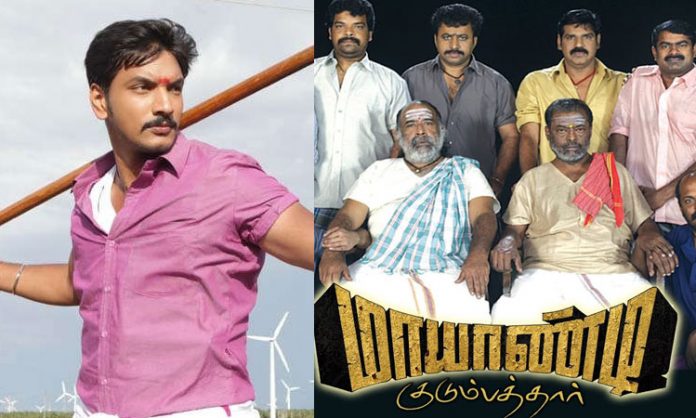 ‘Mayandi Kudumbathar’, released in mid 2009, written and directed by Rasu Madhuravan, was a Tamil family drama which was well received. It had an ensemble cast of directors like Manivannan, Ponvannan, Seeman, KP Jagannath and Tarun Gopi.

The movie talked about a joint family in a village and the usual sibling rivalry and finally stressed the importance of family values and staying together. But the strong storyline, the artists living the character, with the correct blend of entertaining elements made the audience glued to the seats.

The sequel of the commercially hit movie is being made now when two of the pillars of the original movie are no more. The director Rasu Madhuravan and Manivannan who played the title role, have left for heavenly abode and the sequel is being directed by Nandha Periyasamy. It is noteworthy that Nandha also had played a key role in the original.

The lead role of the sequel is played by Gautham Karthik, he is busy now, having signed in multiple movies with directors like Ezhil.