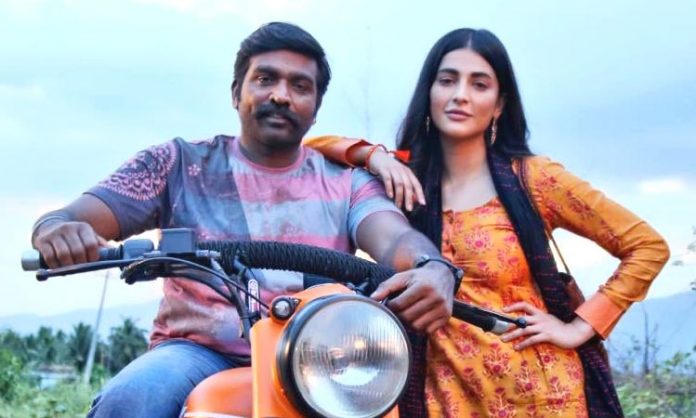 ‘Laabam’ is the upcoming Tamil film of Vijay Sethupathi with Shruti Haasan and Jagapathi Babu in important roles. The film is written and directed by SP Jananathan whose debut directorial, ‘Iyarkai’ of 2003, won the National Film Award for the Best Feature Film in Tamil.

The trailer of the movie about agriculture was released in August and Vijay Sethupathi is appearing as a Social fighter in the film. And the versatile actor Vijay Sethupathi is said to have adapted to a new look with a different hairstyle in ‘Laabam’.

The filming of ‘Laabam’ is going on at present in villages of Krishnagiri and Dharmapuri districts. It is said that fans are crowding at the shooting sites to have a glimpse of their favorite actor Vijay Sethpathi and the charming Shruti Haasan.

The ‘Laabam’ team is said to be in trouble due to the enthusiastic fans, not following the norms of the pandemic situation. The shooting in the area is going on for more than ten days and is left with few more days to wrap it up.  And the makers of ‘Laabam’ have resorted to ask for police protection and otherwise they can’t finish in time.