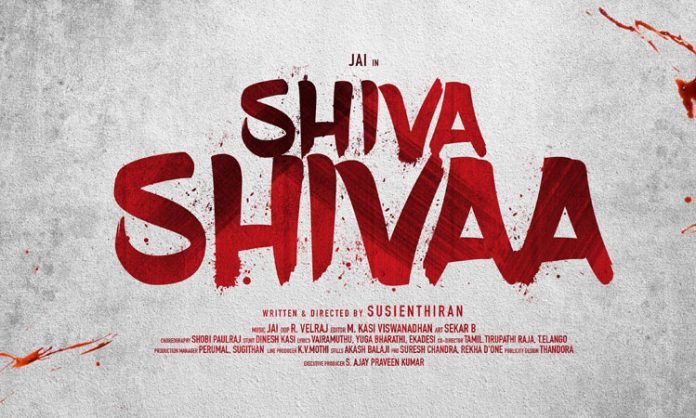 Earlier news have revealed that Actor Jai is gearing up for his 30th movie, joining hands with director Suseenthiran  and also that Jai is marking his debut music direction in the movie.

The title of the movie is revealed now, by his long time collaborator and friend, director Venkat Prabhu. In his twitter page, Venkat Prabhu has stated that the title of Jai’s 30th film is ‘Shiva Shivaa’, along with his wishes to Jai, director Suseenthiran and the team. Venkat has also congratulated Jai for his debuting Music direction.

Further update of the movie is that, the female lead role will be played by Meenakshi Govindharajan who had done one of the lead roles in ‘Kennedy Club’, in Suseenthiran’s direction. The cinematography of the new movie is to be done by Velraj and will be produced under the banner ‘Lendi Studios’, by S Aishwarya.

Jai’s next releases are ‘Yenni Thuniga’, ‘Breaking News’ and ‘Party’ and Suseenthiran’s is ‘Eeswaran’ starring Simbu.

The works of ‘Shiva Shivaa’ is expected to start after both get freed from the above works.