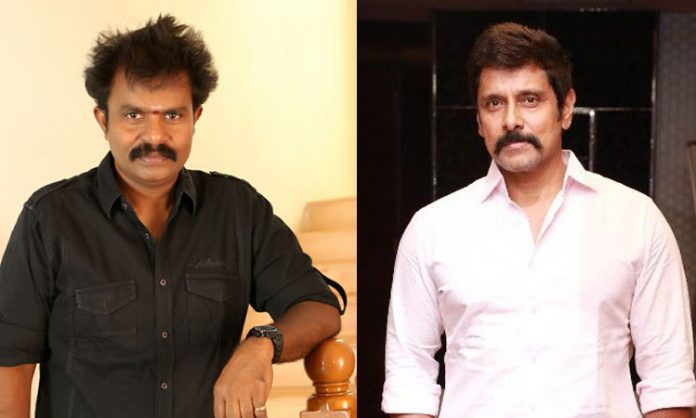 The famous Tamil song by Kannadasan of 1962 MGR movie ‘Thayai Katha Thanayan, goes as ‘Nadakkum Enbaar Nadakkaatdhu’. It meant that ‘People say that it will happen and it won’t, and people say that it won’t and it will happen’. This is very true especially with the news on the Film field. One such was the announcement made on 1st March, on the movie of Director Hari with Suriya, stating that the director and the actor were joining for the 6th time in ‘Aruvaa’.

The activation of the announcement was postponed along with many others, due to the breakout of the pandemic. And Suriya got engaged with other directors like Vetrimaaran and Pandiraj and it was said that ‘Aruvaa’ was almost dropped.

The current news is that ‘Aruvaa’ is coming alive as actor Vikram is extending his hands towards director Hari. And the actor and the director had joined already in the super hit ‘Saamy’ in 2003 and twice afterwards in ‘Arul’ and in ’Saamy square’. ‘Arul’ released in 2004 received mixed review and ‘Saamy Square’ of 2018 was also received mixed review.

The official announcement on the new movie is expected soon. And the Vikram fans can hope for another super action movie from their favorite actor.