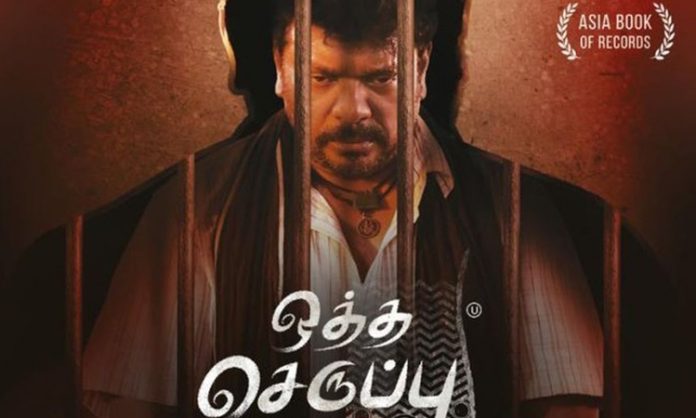 ‘Oththa Seruppu Size 7’ is the Tamil thriller movie, written, directed, produced and acted alone, by R Parthiban and released in August 2019. It is a unique Tamil movie, crafted by the bold and passionate film maker, with cinematic experiments. The movie received high critical acclaims, with two National Film Awards, and did well financially.

And the director, R Parthiban, has decided to release the film in Hindi and English languages. And the director’s statement in his tweet regarding this goes like this: ‘My Tamil is beautiful and it is my main advantage which makes me better looking. There were occasions, I struggled to speak in English and rarely did I try other languages too. And I need the help of someone who is expert in these two languages, as my ‘Oththa Seruppu’ is going to speak in English and in Hindi, soon. Those who are interested to work dedicatedly, kindly contact – Parthiban’s E- mail address.’

On the overwhelming response for his request, he has thanked and tweeted again that all the applicants seem better, but he begs every body’s pardon for selecting only one, due to his inability.

And these tweets of Parthiban, confirms that the movie will be dubbed and released all over the world, very soon.