Mysskin out of his box for Vishal 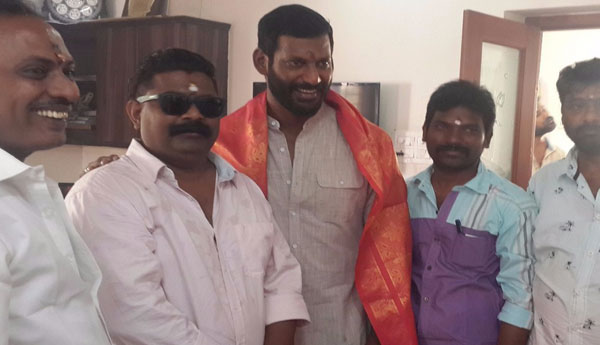 Director Mysskin who is well known for his unique style of movies Chithiram Pesuthadi, Nandalala, Onayum Aatukuttiyum, Mugamoodi and Pisasu, is now doing a movie with Vishal.

‘Thupparivaalan’ is an upcoming movie directed by Mysskin with Vishal and Rakul Preet Singh. And the movie is produced by Vishal himself with his production company Vishal Film Factory. This movie is featured as a spy thriller.

Director Mysskin believes the success of a movie never depends on songs. His last be forth movie ‘Onayum Aatukuttiyum’ didn’t have any song, also is last movie ‘Pisasu’ had only one song. But laxing his usual policies Mysskin have given space for two songs in this movie for the mass hero Vishal.

Also one of those songs is an item number as ‘Vala Meenukku’, ‘Kathazha Kannala’ and ‘Kannitheevu Ponna. Arrol Corelli is composing music for the movie, who was introduced by Mysskin in his previous movie ‘Pisasu’. Now Mysskin is working with the screenplay, hope the filming will begin soon.