HomeNewsDhanush’s request to his fans
News

Dhanush’s request to his fans 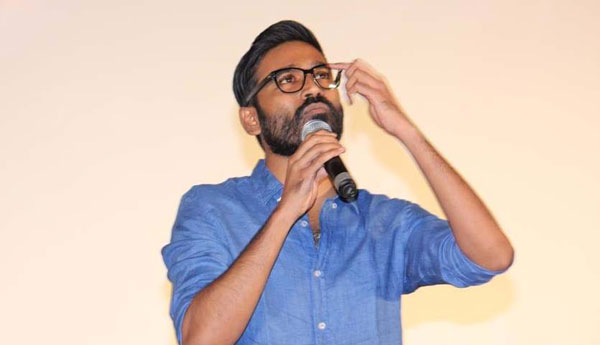 Dhanush’s ‘Thodari’ audio was launched recently which is directed by Prabhu Solomon and music was done by D Imman. Keerthy Suresh is plays the female lead. Many stars who spoke in that event mentioned Dhanush as Ilaya (young) Super Star.

But when Dhanush delivered the speech he said, Celebrities spoke very dignitary spoke high about him. It made him happy at the same time embraced him, but that showed the love they have for me. Also he made a request to his fans.

He said he wants his fans to take care of their family and to be the best grandson, son, brother and brother because only the family will be with them at all situations throughout the life. And about the movie he shared that, he is fear of heights but most scenes were on top of the moving train. But director Prabhu Solomon took care of him and provided maximum safety.

He also shared that Keerthy Suresh has good scope in this movie, and she has performed well, said the actor. The song sounds great in Imman music. And hope the movie will be released on July.