‘Master’ Teaser, creates records which no movie has reached 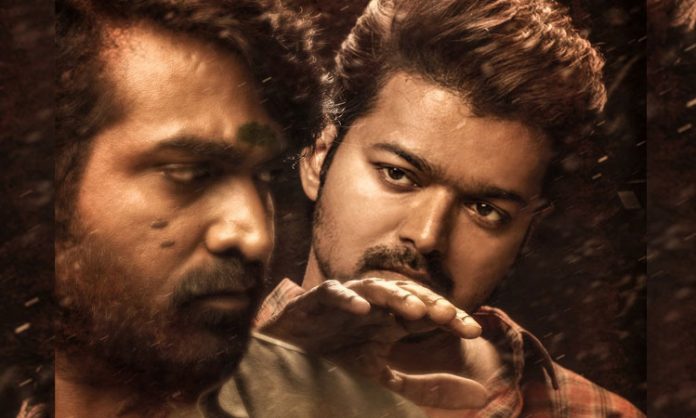 The teaser of Vijay’s new movie, ‘Master’ has created a record in the You Tube platform.

‘Master’, written and directed by Lokesh kanagaraj is complete in all aspects and ready for release.  After completing the filming of ‘Master’, by the end of February, the movie was planned for release in April but got postponed due to the pandemic. Now the movie is scheduled for theatrical release during the next year Pongal holidays.

At last when the Tamil Nadu Government let the theaters to function from the 10th of this month, with the set restrictions, some new movies had their theatrical release by Deepawali.  But the release of ‘Master’ was confirmed to be in January, sticking to the announcement. 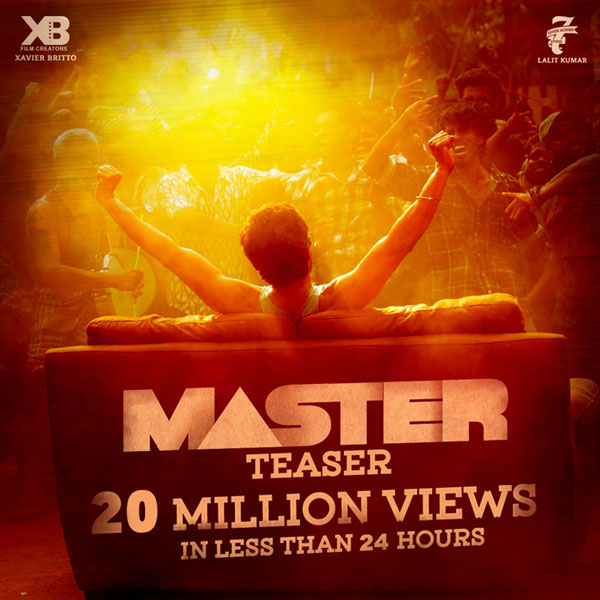 The Vijay fans, who were waiting too long, sprang upon the ‘Master’ teaser released on the YouTube platform as well as in theatres, to quench their thirst temporarily. And it has created new records that, the teaser crossed 25 million views in You Tube, along with over 2 million Likes.

Also it has created another record that, among the movie teasers, ‘Master’ teaser is the one received the highest Likes and that too within a day of the release.

And it is expected the movie, after release, may break many records as well.