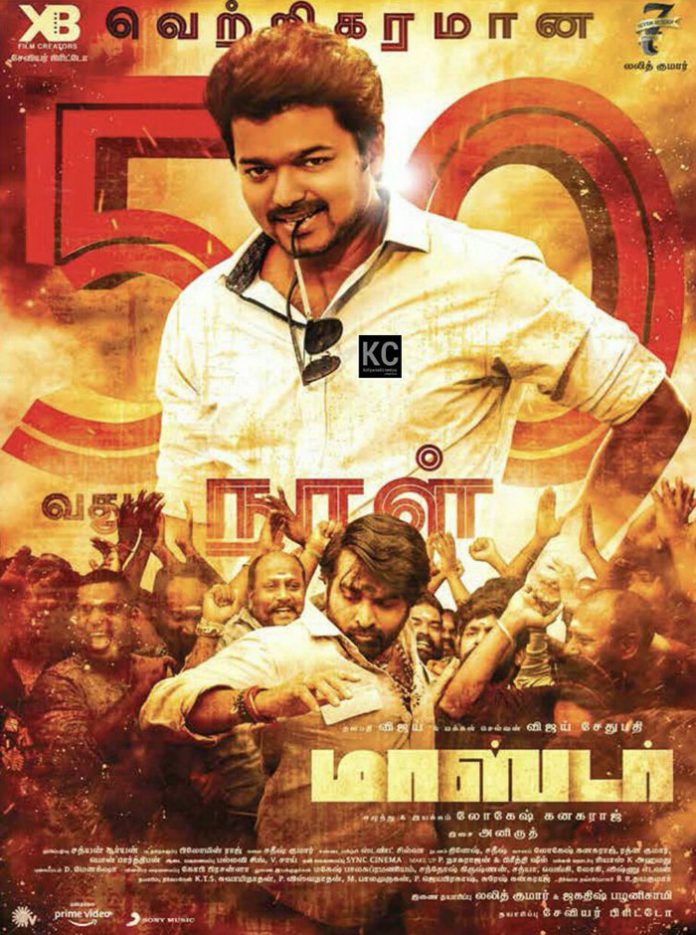 The long delayed and released on Pongal 2021, ‘Master’, starring the two great artists, Vijay and Vijay Sethupathy has completed its 50 days running at the theatres, on 3rd March.

This made the ‘Master’ team very happy; especially the director of the movie, Lokesh Kanagaraj, is more excited. Sharing his joy and to commemorate the achievement, Lokesh has posted an off screen video, shot at the climax, with the two icons face off, in his official twitter page.

Also he has mentioned his heartfelt thanks to the two actors. The post was a great surprise to the fans, who are equally in excitation and they have made it viral in the social media.

Jagadish, the co producer of the movie, also has expressed his happiness of the achievement of the movie after a long wait and he says he can’t express his feeling in words.

Malavika Mohanan, Arjun Das, Shanthanu, Gouri Kishan and Andrea, played key roles in the movie and Anirudh scored the music while Sathyan Sooryan cranked the camera. And the movie was produced by ‘XB Film Creators’.